This JJM Investments property was built around the 1929 for the Watford Gas and Coke Company, later Eastern Gas Company, now British Gas, as a two storey showroom and office.

It is a character building in the Georgian style with five dormer windows to the roof space, decorative stone cornice and Georgian sash windows.

To the rear of the building there are four parking spaces.

The property was purchased by Paul Mansworth of JJM Investments Limited on 28th October 1996 at auction from British Gas.

The office was previously leased to Watford Council and now occupied by a Creams desert franchise. 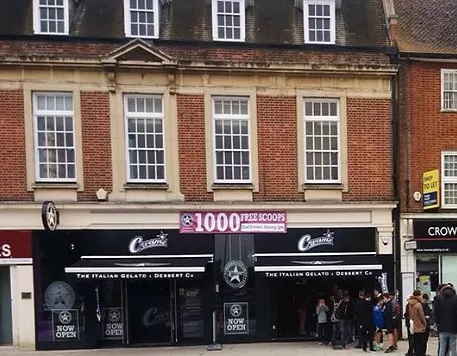